I love sifting through thrift stores, charity shops, antiquarian bookstores or any shop that sells used, vintage things with patina and history. One of my favorite such places in Budapest is Soós Fotó. They primarily sell second-hand cameras and photo equipment, but you can also find old photographs and postcards for pennies. 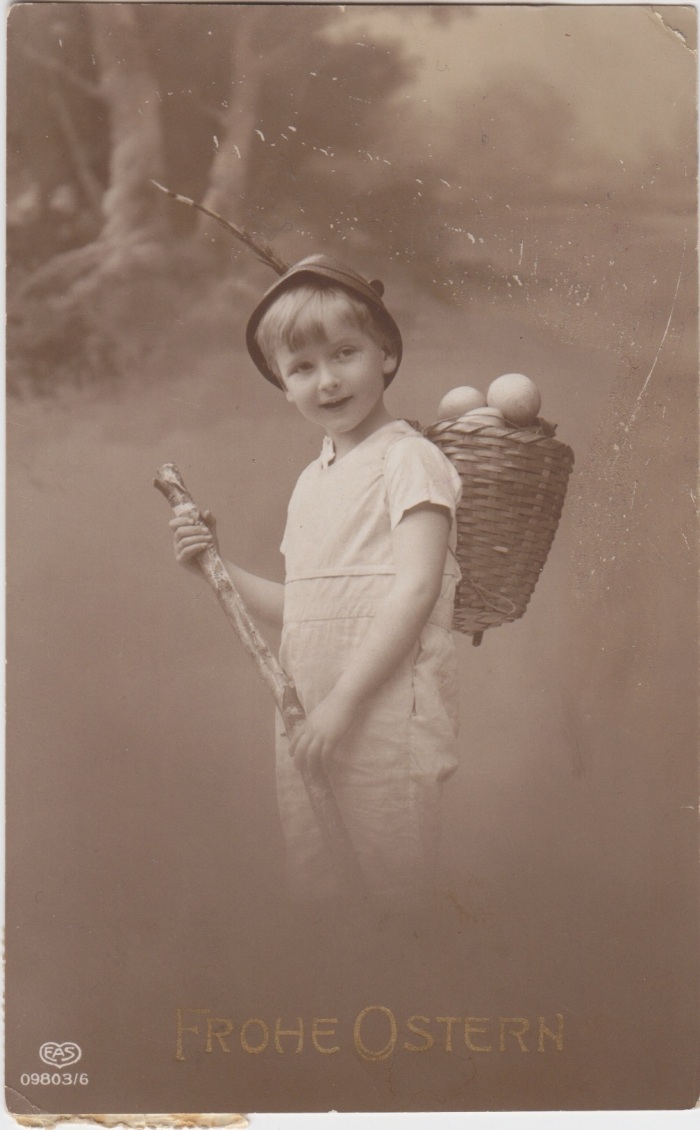 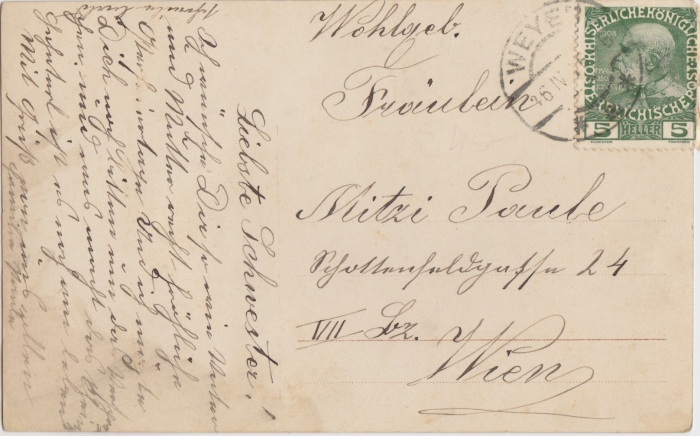 This card–bought at Soós Fotó a few months back–is almost a hundred years old. It was posted in Weyer (Upper Austria) in April 1916 and features a postage stamp depicting emperor Francis Joseph. The stamp was designed by Koloman Moser, one of the leading artists of the Viennese Secession, to commemorate the sixtieth anniversary of the emperor’s reign in 1908. The card was sent to Miss Mitzi Paule in the Schottenfeldgasse in Vienna’s seventh district (not far from the Westbahnhof railway station and the Mariahilferstrasse shopping street) by her sibling–most likely a brother–and his family. He wished his sister, father and mother happy Easter and kindly reminded his sister of her promise, the nature of which will unfortunately remain a mystery forever.

View all posts by katidea